The ability to express emotions has been one of the things that machines were not capable of doing in the past. However, a new expressive android head Nikola was recently designed that can express happiness, sadness, and various other emotions. In one of their recent videos, CNET talks about the future of emotional expressions in machines. Wataru Sato, the principal researcher at Riken, shares that they are trying to match the emotional intelligence of machines to that of humans. The research project is led by Riken, calling the guardian robot project a combination of psychology, brain science, and cognitive science. The ability to express emotions helps humans to establish better social relations. Riken is planning to incorporate the same set of skills in their project so that machines can understand and convey their feelings authentically. 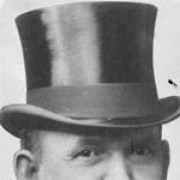 Cybersecurity Training for Employees: Why Is It Needed? Have You Overcome These Supply Chain Challenges Yet? Running a Complex Project? Let PPM Handle It for You